This is an important question. In fact, for an indexer, it might be the existential question. If an book index doesn’t help to sell more books — what’s the point?

Now, an index obviously adds value to a book. That’s not a question. It makes it accessible to readers better than a table of contents or search tool can. It is the absolute best point of entry into a text. Readers expect them too. Especially reviewers, who are known to complain about bad and missing indexes. There are real reputational costs of an index.

Besides all this, an index is what Douglas Hofstader, author of the best-selling Godel, Escher, Bach, wrote in his own index — “a work of art.”

But authors and publishers are pragmatic people. At some point, they want to talk dollars and cents. Indexing costs money, so the question is … does an index sell more books?

Now, this can be a hard question to answer objectively. Especially, if you’re an indexer. In writing this, I didn’t want it to seem like I was engaging in any kind of “motivated reasoning.” So I tried doubly hard to make sure I was objective, and I think I did a decent job (you can decide that for yourself).

Let’s get to it then. What do we know about how an index affects book sales?

Book Indexes and Sales: The Truth

Well, it’s hard to say. The truth is that the data just isn’t conclusive.

No one has studied the question scientifically. There are no concrete numbers about how an index drives sales. So, if someone says that they know this definitively, then you know they’re engaging in some kind of “motivated reasoning.” Or, at best, uncareful thought.

But this doesn’t mean that we don’t have any kind of supporting evidence. In fact, there are a number of arguments that tell us that it’s highly likely that an index increases book sales. We should always be careful, though, to note that these aren’t conclusive and don’t always tell us how much of an impact they make.

Let’s look at some of these arguments. There are four main ones you’ll hear. Let’s call them,

How convincing are they?

This is a fairly loose kind of argument you might hear. It’s embodied in a quote from a book called Marketing Your Indexing Services,

“Indexing doesn’t sell itself, but indexes do when indexers approach publishers with positive, bottom-line proposals. Making a living, even real money, is a goal both share. Indexes created by professional indexers add quality, a value none of us can afford to lose.”

And this is a pretty good argument. It’s certainly true that an index adds value to a book (who could deny that?). The problem, unfortunately, is with the second part of the claim — value leads to more sales.

“Valued added,” even if it’s appreciated by buyers, doesn’t always translate into more sales or more dollars. There are things that are simply not priced right by the market, and that’s the reality. So, even though an index does add value, we don’t have proof that this means more sales.

Oh well, nothing to worry about. Let’s look at the other arguments.

This is one of the more common arguments you’ll hear. Some authors[1] advised readers to wait in a bookstore and watch people thumb through an index to make their decision. They seemed to think this was a frequent occurrence. Now, I haven’t tested this myself, so I can’t say anything either way. But I do have my doubts that this happens frequently.

I’m sure it does happen sometimes, though. Without a doubt. And it probably happens even more now that people can see an index for free on Amazon. The question is — to what extent do people use an index to make their buying decisions?

If you run around in circles like I do (lots of indexers), you might think it’s a lot. But you could hardly say that that’s a random sample. For the general public, I’d say it’s likely to be a lot less. So, while it is true that people use an index while shopping, we can’t say clearly to what extent.

Two down… what about the other arguments?

To me, this is probably the most convincing claim. Librarians in charge of the acquisition have to make a lot of buying decisions and have to make them fast. Using the index seems like a good way to make these decisions. And there are least a few pieces of anecdotal evidence that show that this happens.

This anecdote is pretty convincing. And it pretty much captures what you would expect.

The trouble with it is that there aren’t many more like them. We know how Becki makes her decisions, but what about the rest of them? Exactly how many librarians make buying decisions based on an index and exactly how much those indexes affect their decisions remains unclear.

While we’d like to say it’s a lot, we really just don’t know.

This line of argument appears a lot. In fact, one academic essay took it as the entire grounds of its argument.

And the author goes on to show that “yes,” an index does affect a review. Bad or missing indexes are especially noticed.

So, it’s very definite that reviewers look at an book index, and notice a bad or missing one. And it’s very likely that people, including librarians and other large buyers, use these reviews to make their minds up about what to buy.

But again, it’s hard to say how much. While it’s very likely that people, including librarians and other large buyers, do use these reviews to make their minds up about what to buy, the question is how much and in what way.

After all these arguments, it’s pretty clear to see that what we have is a preponderance of evidence. That is, there’s a lot of evidence on one side of the question — that book indexes increase sales. They add value, give something for prospective book-buyers to consider, and lead to more favorable reviews.

At the same time, though, we shouldn’t overstate the claim. We have to keep some of our scientific rigor and admit that, frankly, more research is needed before we can say anything definitively.

But there’s another side to this question that we haven’t looked at, yet. And that’s whether it even matters if a book index increases sales or not.

An index is a lot more than a marketing gimmick. Does it have to increase sales?

We don’t ask the same for other parts of the book. A 255 page book doesn’t necessarily sell more copies than a 226 page one. So why does the author write the extra 29 pages? Why does the publisher print those pages?

The point is that a book is meant to be a complete artistic and intellectual product, not a financial vehicle. Every individual part isn’t tabulated and weighed in terms of how much money it makes. No, it’s taken in its entirety and the value of the book is in the integrity of the finished work. An index is just an extension of that project. It adds value to the reader and provides a coherent point of entry into different parts of the text.

So, I don’t think it makes sense to ask an index to strictly justify itself in dollars and cents. Books are not supposed to be efficient money-makers (only the worst kind are — and we see right through them). So, the question, if it’s asked too seriously, betrays a kind of economic reductionism we don’t apply to other parts of the book.

Of course, it’s still okay to ask about costs. And it’s okay to think about how an index returns those costs — we have good reason to think it does. But we should be careful to treat it like stock in a company that’s expected to yield a certain return. Instead, we should think about it as effectively completing the original project of the book. Not just as a financial vehicle, but as a complete form of expression. 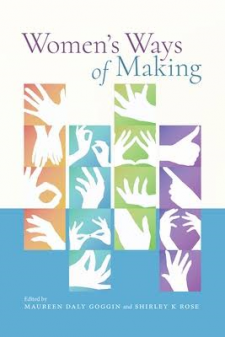 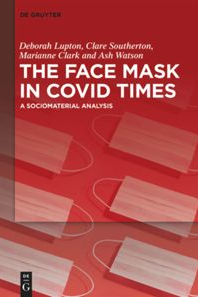 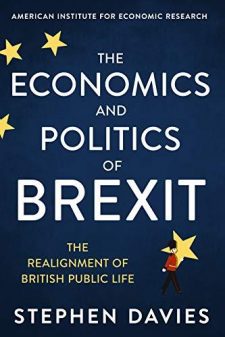 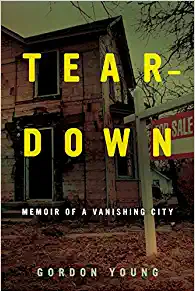